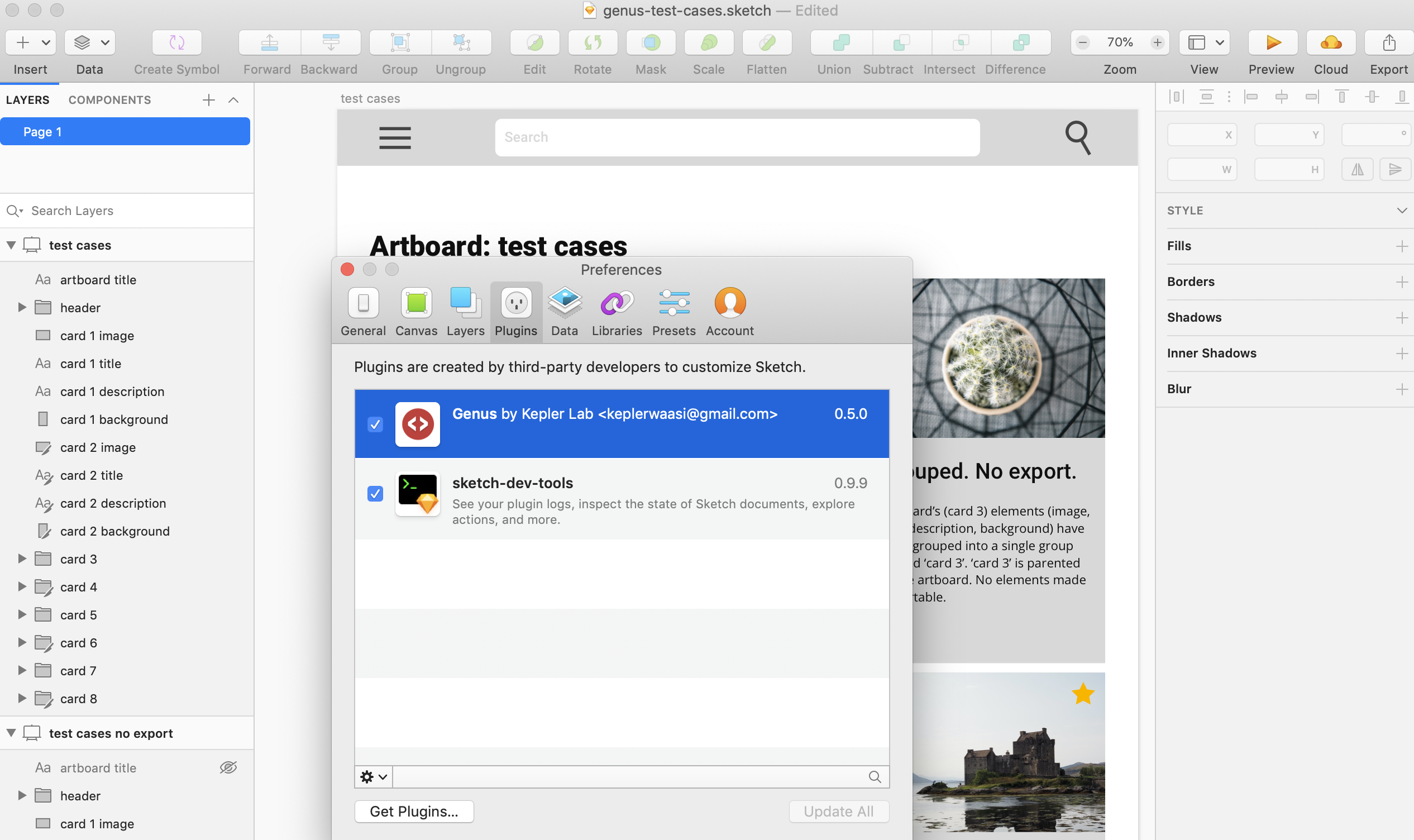 Genus - An open source plugin to convert Sketch to HTML

Many a times, there is a need to quickly prototype web pages. It is easy for designers to flesh them out in vector based UX toolkits like Sketch, Adobe XD, Figma and the likes. And it really helps if we can directly export a design from a design tool into HTML, to accelerate the process.

Genus, is an open source plugin made for Sketch which enables one to quickly export an HTML version of your design.

Why make a Sketch plugin

In spite of many competing platforms like - Adobe XD, Figma, Invision Studio, Framer X - to name a few, and Sketch being Mac OS only, it still has one of the largest and oldest userbase, with a lot of companies and its designers already invested in it. It makes a good platform to target in the beginning. Also the developer ecosystem for Sketch is quite mature.

There are other plugins available offering similar functionality which are paid and/or non-open source. Why still use Genus might be a question one could have. Genus, being open source gives an opportunity to customize the HTML and CSS output which could be useful to pair it with existing design system libraries, low code generators, etc which might be used in your projects. Also, it being no longer a black box, one can know its inner workings. Last but not the least, its free!

How to install Genus

How to use Genus