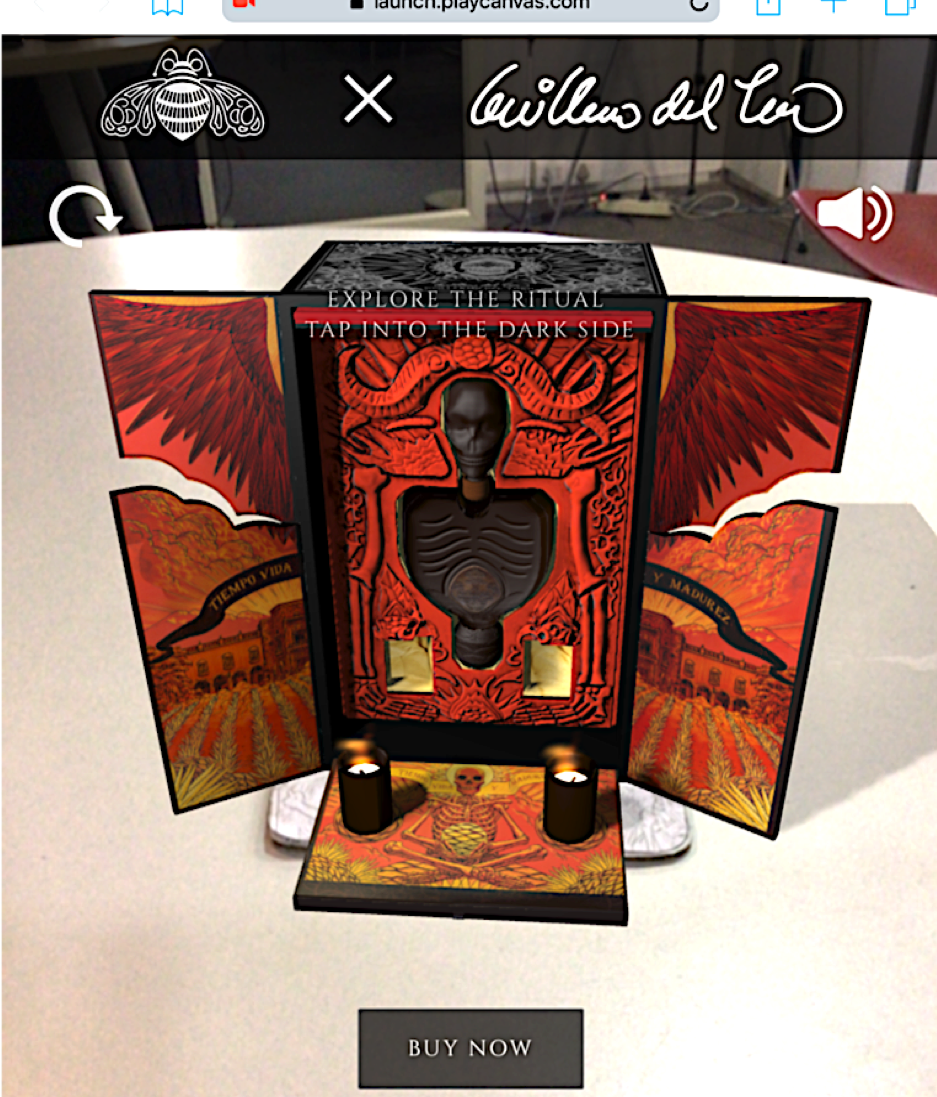 Patron Tequila and Guillermo del Toro have teamed up to release a limited edition. This stunning gift set includes a bottle of PatronExtra Anejo Tequila, a smaller skull-shaped bottle of Patron orange liqueur in an intricate collectible box.

For Patron, its ultimately about engagement and entertainment. The aim was to showcase this limited-edition box intricately illustrated with dark images that reflect Guillermo del Toro’s take on Mexican culture.

To make buying an engaging experience, our team used Web AR as the medium to buy the Tequila. The user could tap and interact with various components of the limited edition set on their mobile browsers in augmented reality and then click the buy button for final purchase.

Special thing about the experience was the enrichment of the objects around the user, no AR markers were handed to the users, on the other hand, objects like the COASTERS in the bars had the markers i.e.”Patron logo” printed on them. Enrichment of objects, such as the COASTERS in this example, is not new. However, today people have to decide to start some dedicated app in order to see such enrichment, which immediately puts barriers in the way. We identified this and instead proposed a Web AR.

The application was planned to test the waters, in terms of how users react to the new medium of exploring the tequila bottle in the bars and events set up.