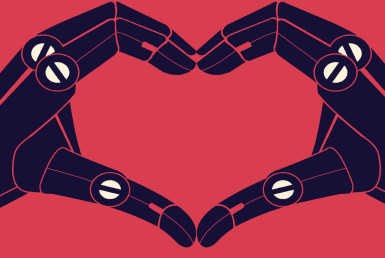 “Robot kills colleague at volksvagen”, This news was everywhere in 2015 fuelling the intense speculation about robots taking over the world. We have entered the smart computing age and there is no going back. It is unfortunate that recent debates about the future of jobs have mainly focused on whether or not they are at risk of automation. Is the fourth industrial revolution (machine age) a capitalist dream or worker nightmare? How many middle class jobs will soon be eliminated? While these are valid questions, they blind us from the benefits and make us doubt the benefits of change.

The questions and debates of the current time should be directed towards exploration and preparation for the new machine age. The changing tech space is disruptive and disruption always come along with destruction. There will be blood for sure but it will also open completely newer opportunities as well. You get the glimpses when you think about the possibilities/use cases of AI, IOT, AR/VR in fields like agriculture, education, healthcare and entertainment to name a few. No body had imagined the role of app developers or social media manager 10–12 years ago. In 1992, cable TV technicians job was to connect coaxial cable to a pole and into households. Since then, their job tasks have expanded to include Internet service, wireless routers for Internet, voice-over-IP (VoIP) telephony, and even home security installation. With each new task, the overall composition of the job transformed.

A study released by Oxford Martin School’s Programme on the Impacts of Future Technology entitled “The future of employment: how susceptible are jobs to computerisation?” evaluated 702 jobs on a typical online career network, classifying them based on how likely they are to be computerised. The skills and level of education required for each job were taken into consideration too. These features were weighted according to how automatable they were, and according to the engineering obstacles currently preventing automation or computerisation. The results were calculated with a common statistical modelling method. The outcome was clear. In the United States, more than 45 per cent of jobs could be automated within one to two decades.

Like it or not but we need to prepare, But what skills would be required in 2030? If this sounds uninteresting then other way to think about it would be — what will we (read humans) do if machines will do everything?

So, how do we prepare? This question is hard and the answer will have to be logically imagined. As per Dell technologies 85% of jobs that will exist in 2030 haven’t been invented yet. We might not know the exact jobs but some patterns are already visible and can be used to gauge the future of jobs.

Let us look at the some of the transformations that are taking place around us.

Healthcare — Deep learning is being increased applied in diagnostics. A study published by NVIDIA showed that deep learning drops error rate for breast cancer diagnoses by 85%. The AI, BioMind, developed by the Artificial Intelligence Research Centre for Neurological Disorders at Beijing Tiantan Hospital, While diagnosing brain tumors, was correct 87 percent of the time, compared to 66 percent by the medical professionals. The AI also only took 15 minutes to diagnose the 225 cases, while doctors took 30. Early cancer detection and prognosis is one of several important healthcare areas where deep learning technology has been applied.

Law — There are startups who are building AI systems to help legal counsel within an organization to find out how many contracts (among 10s to 100s of thousands) has termination for convenience clauses that could disrupt the business, or if any have strict assignment rules that may be a problem for a M&A event. Procurement teams have started using AI to find how many auto renewal clauses may be hidden within vendor contracts, or sales needing to know how many customers have 45-day payment terms vs. the standard 30. These jobs are manual and extremely error prone at the moment. Free service donotpay — An artificial-intelligence chatbot has successfully contested 160,000 parking tickets across London and New York for free, showing that chatbots can actually be useful.

Food—Moley robotics is working on a robot chef that can cook with the skill and flair of a master chef. It captures, with an integrated 3D camera and wired glove, the entire work of a human chef and upload it into a database.The chef’s actions are translated into digital movements using gesture recognition algorithms. Later, The Robotic Kitchen reproduces the whole sequence of actions to cook an identical meal from scratch.

Games — Jeopardy!, Chess, and Go. We know the stories. AI has beaten humans.

The first impression of these trends indicates that AI and robots will snatch the job away from humans but that will be a wrong frame to look at automation. Automation is about automating a task and a job has bunch of tasks (Most of the time). While AI will have an upper hand in some of the repetitive task it would be inaccurate to assume that all tasks and hence full job will be done by computers. This is Payroll Clerk Job Duties (Taken from monster jobs)

It would be stupid to assume that AI will replace humans for all the tasks. For sure, there will be reduction in number of payroll clerks as they will be able to do more but the new payroll systems would be far more complicated and would require specialist clerks who will be able to work collaboratively with AI powered services and systems.

Notice how solar power with smart IOT is set to redefine the energy sector. The setup, distribution and maintenance of independent solar units will generate needs for new digital savvy engineers, technicians and electricians. One can logically deduce the effects, impact and opportunities of electricity reaching majority of places on earth.

The examples above are indicative of a key 2030 skill- Being digitally educated and collaborative with AI/systems. This is very interesting because we will have to give all the repetitive task to machines and focus on what we are best at — critical thinking**.** The ability to use, synthesise information from different digital/AI system and then applying critical thinking to it will be in great demand.

Sensors and micro controllers are enabling everything to connect and get measured. Data being the new oil would require a very large pool of data extractors. Data extraction will be another very hot job of 2030. We already are seeing industrial IOT platforms mushrooming all around us.

Data like oil would need to be refined. We have begin to experience the problems associated with noisy, biased data. Data cleaning would require human skills as it involves analysis and thinking. If future demands data lake inside every enterprise then Data cleaners and Data cleaning will be essential part of those systems in 2030.

AI requires training. How would you teach robots to pick glasses from a table? Brute force way to program all possible movements will not work. A new hot trend these days is to leverage something called Reinforcement learning. Embodied Intelligence, a startup is taking it to the next level by fusing the strengths of robots and people into a new system that could make it far easier for regular folk to teach robots new tasks. It is like a VR video game where you are controlling and teaching a robot. AI training and AI trainers will be a hot job opportunity in 2030.

Until know we humans were learning to interact with computers. This is now being reversed. Computers are being trained to adapt to our ways of working. Interacting with siri, cortana and Alexa doesn’t requires any learning. Humans AI interaction designing and AI interaction designers will be a hot lucrative jobs for designers in 2030.

If everything becomes a data generator then data security will be a paramount concern. We already have seen some big data breaches in the recent past and know the kind the destruction it can cause. Data guard and Data guarding will be essential part of all data generating and data crunching systems in 2030.

An AI system can make decisions but it generally lacks transparency. It is hard to debug why and on what basis it made a particular decision. This is not OK for situation where full traceability is required. An insurance company needs to maintain the complete details to explain why a particular loan was rejected. An AI powered security system needs to explain why it flagged someone as a potential threat. An AI powered school teaching system would need to explain the logic of its recommendations and student ranking. If the future is all about smart systems then there will be huge needs of humans auditors who can research and explain the results to regulators and users. The ability to audit is a human task because it requires intuitions, imagination and deductive skills. This role is and will be very different from today’s AI researcher who focus more on accuracy than on transparency. AI powered systems Auditing and Auditors will be an essential role of all AI powered systems in 2030.

Automation gives scales. If you combine self driving automobiles, with healthcare AI systems, you see the possibility of the ability of taking mobile hospitals to remote places. In India specifically, We need mobile hospitals, school and stores to meet the basic human needs — healthcare , education and food. Rural economy digitisation will witness massive changes and a massive workforce will be required to operate and help connect people with services. AI system facilitations and facilitators will be a much needed job in 2030.

Prepare for the future

The scale of task(s) automation is a good indicator of how much once job will be reimagined. Prepare a task level break up of your job and explore which all tasks are up for automation. The maturity of the task(s) automation indicates its likelihood and timelines. If 80% of the job tasks is being automated or is up for automation then it make sense to prepare for a new domain or job type. Startup ecosystem is a good places to find this information. Then prepare to make investments in terms of time and money to learn the new skills. It is very much similar to how we invested in our skills and knowledge before getting the first job. Learning and not applying is akin to not learning. After learning the new skills, it is of utmost importance to find the opportunity to apply it. It could be in the current setup or somewhere else even if it entails lesser remuneration but it must be applied.

Skills like creativity, critical thinking, emotional intelligence, adaptability and collaboration are hard to teach to computers and will remain human domain jobs in 2030. Lifelong learning and and thinking skills will be a key to human success and will need to be strengthened. A music “composer” will be paid more than a music “producer”.

Is it not a narrow lens to think about 2030 jobs only through the lens of AI? There are way too many different services and job that are required to run a city and the society. Well, it is hard to imagine the exact impact on every service out there. Nobody had imagined that smart phone and social media could become a dangerous addiction one day. Here, it is the responsibility of business leaders and government to research the impact sector plus domain wise and help people understand and prepare. It is not possible for a factory worker to accurately imagine their future job skills. For people who are cognisant about the changing time need to ACCEPT and PREPARE. The change is not going to be instantaneous but is a gradual process. The best time to prepare is NOW, ”2030″ has already begun.